The Melancholy Robot and the Dump

The robot reached the top of the hill and spotted a sign that said City Dump; it looked over the mounds of garbage, piled all the way to a distant river. The robot felt as close to sad as it could; it recognized humankind’s vast wastefulness, clearer now than it was in the city. It could not fathom why they refused to mulch what they could, why some ignored recycling when areas like this dump could be so easily avoided.
The robot wanted to do something about it, but what could one mechanical being do? 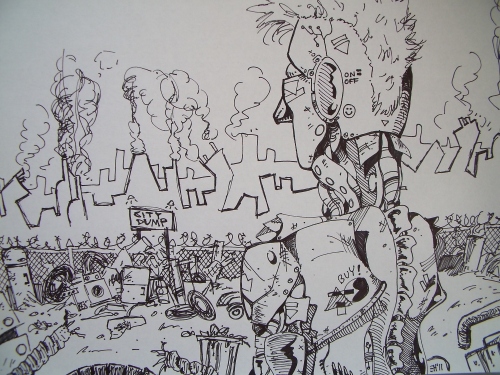 Today’s art is created by the talented Emily Homrok. Emily is co-editor of Pitbull Magazine and is available as a freelance artist. Email her at ehomrok@gmail.com if you wish to contact her! 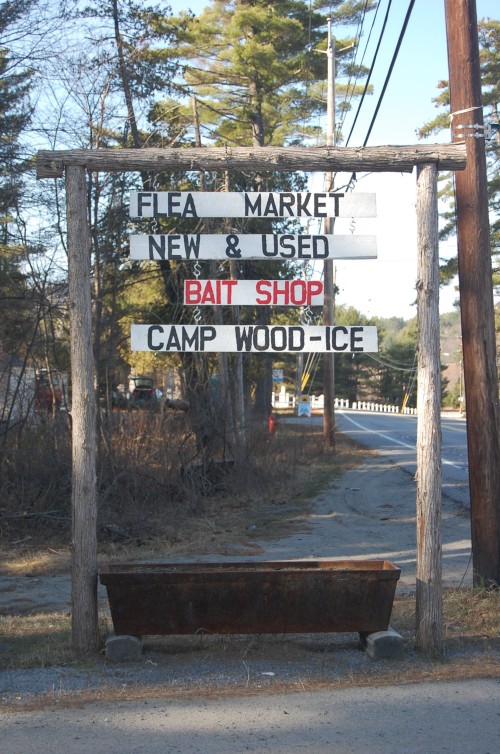 They put their vacation on hold for a few minutes when they saw the flea market sign. He slammed on the brakes, throwing a cloud of dust up from the dirt road their GPS lead them to, and made a quick turn.

“Of course it is!” she said with an excited smile. “Although we really don’t need bait or ice.”

“Very funny,” he said as he pulled into the empty lot.

They got out of the car and couldn’t help but notice the building, a run-down diner on a dirt road in the middle of nowhere.

“It’s entirely likely,” she said with a pretend-scared face. “Come on, the yard sale must be around back.”

They ignored the rusty screen door hanging from one hinge and passed the diner made of what looked like light blue, chipping paint. The windows were too dirty to see in clearly, but the lights appeared to be on inside and someone was standing at the counter, but not moving.

“This really is like a horror movie,” he said. She nodded as they turned the corner. 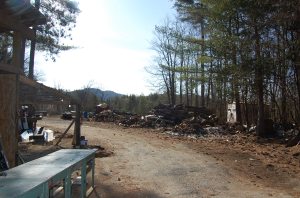 Behind the diner there were several little bungalows covering shelves that held countless objects. Thousands of old items were piled everywhere, yet appeared to be organized. One shelf in the far corner of the lot was piled with old glasses, jars and vases. Each bungalow seemed to be organized in some way, although neither of them could figure out the order.

Beyond the eternal yard sale were huge ditches, run-down vehicles, piles of chopped 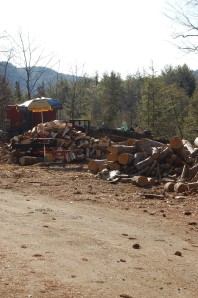 “I keep waiting for a creepy, dirty man in overalls and no shirt to come out with some kind of ax he’s just slaughtered today’s special with,” he said.

“I know, right? But I have to photograph this.”

As she walked around snapping shot after shot he searched through the piles of stuff. Old wanted posters. Roller skates. Broken typewriters. Vintage statues and figures of every animal that ever existed. He found an owl and held it up for her.

Her head poked out from the next bungalow over, her camera strap around her neck. “Say cheese!” she said as she held it up and snapped a shot. She looked at the screen. “Too dark. Sorry,” she said as she deleted it.

He continued to root through the randomness of the collection, sure he would find something here that he wanted. He always did. A random old toy. A cartoon character drinking glass. Postcards. Photos. Something that would inspire a story. He kept looking as she took shot after shot.

“Make sure you get one of the roller skates,” he yelled. 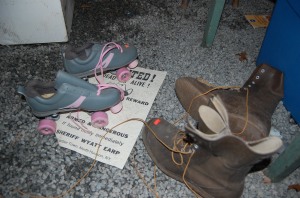 “Done and done!” her voice called from a hidden part of a bungalow.

He smiled. Their thought patters were always so similar.

He went to the far corner of the lot and surveyed the land around it, the broken down vehicles, the rusty old unrecognizable objects. He wanted to shoot a horror film here. Or write one, at least. Do something. His skin tingled with ideas.

She finally emerged. “Damn, already took two hundred photos. Now I’ll have to upload them tonight when we get there to make some space on this thing!”

This was going to be an inspiring trip. 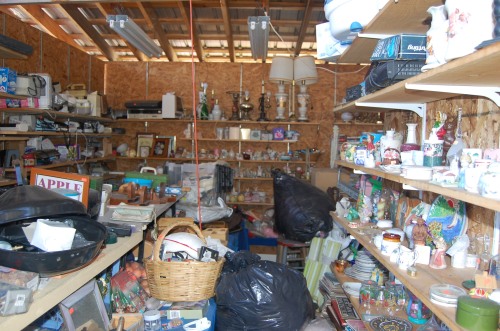 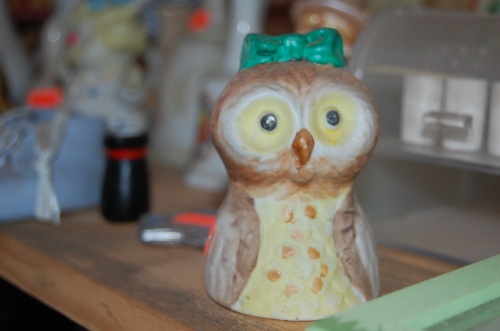 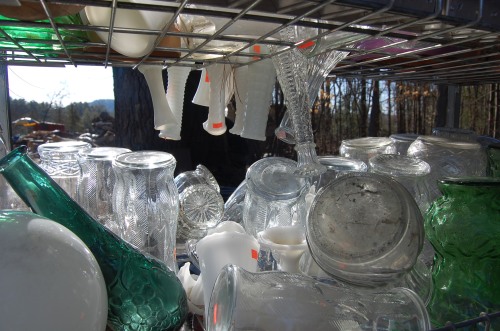 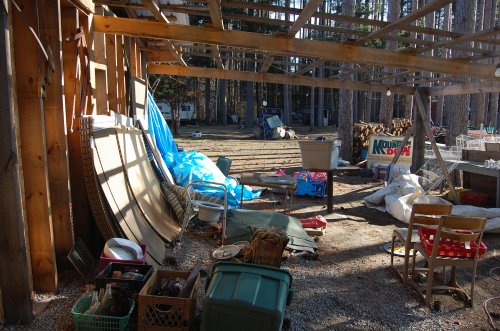